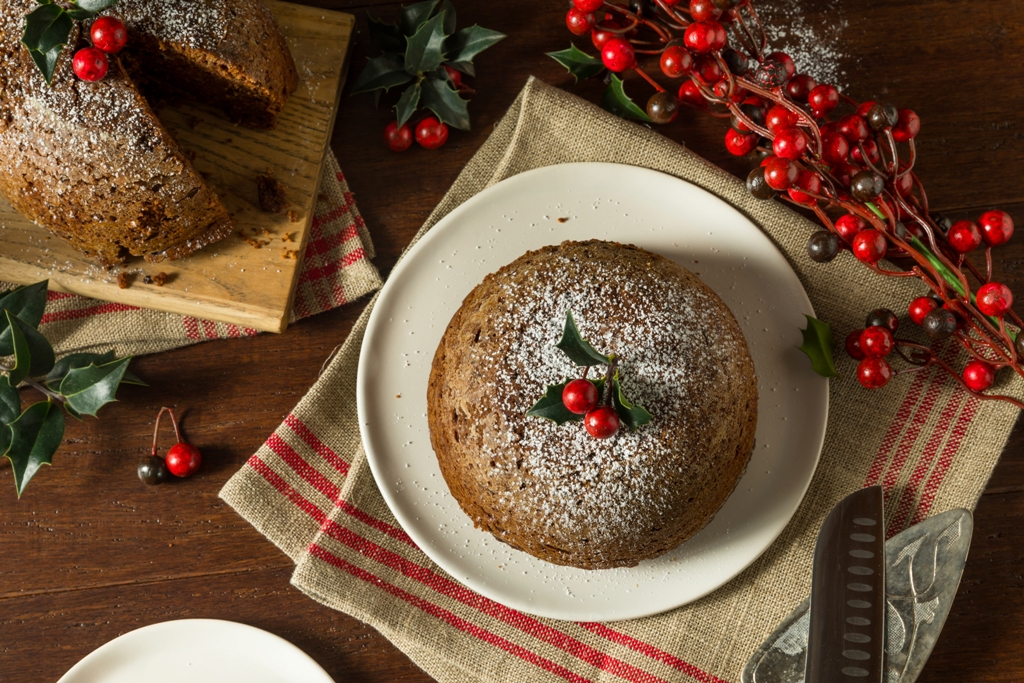 Yes, I know Thanksgiving hasn’t gone by yet, and many occasions will still have to pass before we get into the Christmas season. But as early as now, I would like to take this opportunity to share something traditional during Christmas dinner in the United Kingdom and other countries that were influenced by the British.

Christmas Pudding…What is it? It is a type of pudding that involves dried fruits, eggs, suet, treacle or molasses, ginger, cloves, nutmeg, cinnamon, and a whole lot more. Traditionally, the recipe requires 13 ingredients, which symbolize Jesus and his 12 apostles. If you really follow the old way of making this amazing pudding, you need to age it for at least a month. That’s right! You will have to add wine which would make the pudding last long.

Before we delve into the recipe itself, let me tell you this right now. There may be a long list of ingredients, but that doesn’t mean that this dessert is complicated. Really, you just have to assemble the ingredients and the rest will follow. And besides, you still have a few months to master this treat. It’s going to be worth it. Plus, you’d have the chance to make a wish before you eat it! 🙂

This British-Inspired Christmas Pudding is a glorious, rich, and fruity dessert that would make the Yuletide season more festive than ever.

This is one of the desserts that cannot be eaten right away. You need to store it for at least 6 weeks. Yep, that’s the British way of making this Christmas pudding. The resting period will help the ingredients mature.

If you want to try something new this coming Christmas, try this British-inspired pudding!

Cannot WAIT to make this!!!

I’ve been wanting to make this for ages! So excited to try making this! 🙂

Rum and Whiskey can be used instead of (or with ) the Rum. Plus cider is good too, but still need a spirit for deep flavor, don’t worry you can taste it in the end, just add richness

Leave a Reply to Everyday Joe, AKA, Poems from a Middle-Aged Nobody Cancel Reply