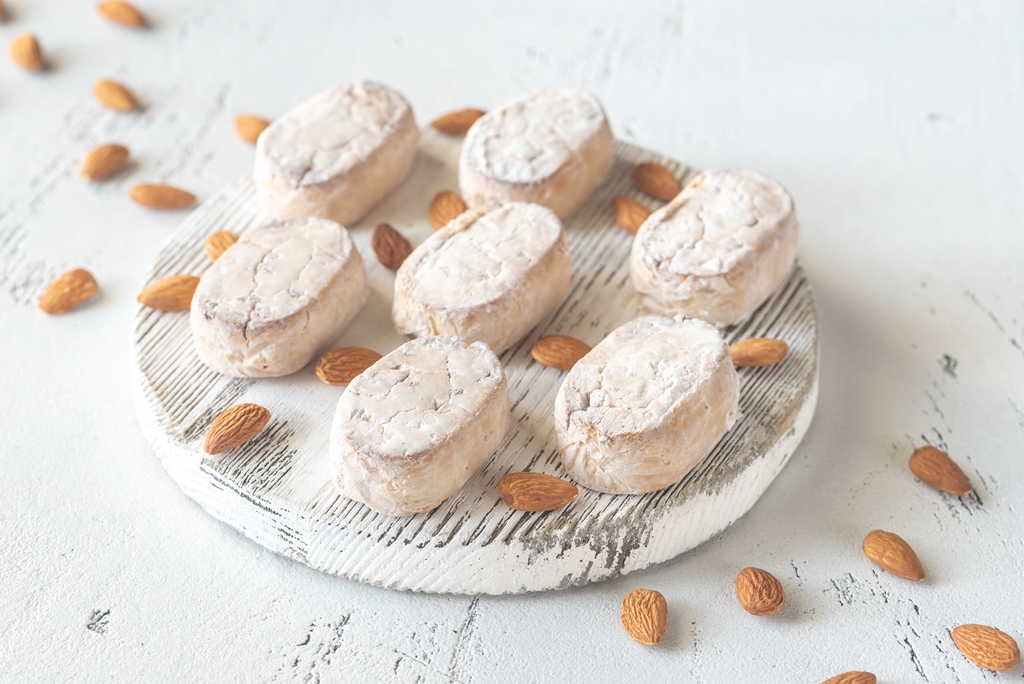 Polvorón is one of the most popular Christmas treats in Spain. The term ‘Polvorón’ came from the word ‘polvo’ which means powder or dust. So what exactly is it? It is a type of shortbread – heavy, soft, and crumbly. It is usually made with flour, sugar, milk, and nuts, particularly almonds.

Back in the day, Polvorón was a popular holiday delicacy in Spain. The same is true in Hispanic America as well as in the Philippines. But this treat is now being made all year round. I grew up enjoying Polvorón. I remember going to this corner store to get a handful of Polvoróns for me and my cousins. 🙂

There are various Polvorón recipes. It is actually a very versatile dish because you can add a lot to it, especially if you want it to have more texture. This type of shortbread has its origin in Andalusia. Back then, people ate Polvorón to demonstrate their faith in the Catholic religion. This is exactly the reason why it became one of the main dishes during Catholic festivities. But now, you don’t have to be a Catholic to enjoy it. You also don’t need to wait for any festivity. You can make it any time you want to!

Soft and crumbly, that’s what these polvorons are. They literally melt in your mouth! They are easy to customize with other flavors, just perfect for a snack or dessert.

Traditionally, Polvoróns are served for breakfast or as an afternoon snack during the Catholic holidays. But now, you can have them anytime you want. They also go well with any drink, from coffee to hot chocolate. The bottom line is, you need to make a huge batch, especially when entertaining a crowd. This way, everybody can grab a handful! 🙂